With more than three and a half decades of experience, Virginia Beach Personal Injury Lawyer Mr. Halloran is capable of helping you with just about any type of case you may have, including:

Mr. Halloran graduated from Penn State University in 1971 and earned his law degree from St. Mary’s University in San Antonio, Texas in 1976. Prior to going to law school, Mr. Halloran was a member of the United States Naval Reserve from 1967 to 1972. While in law school, he was a staff writer for the Legal Research Board, and he earned the award for Outstanding Academic Achievement from the Phi Alpha Delta law fraternity.

From an early age, Mr. Halloran learned the value of hard work. He completed his undergraduate and law school programs without any financial assistance from family or friends. His education was paid for entirely by scholarships, loans, and hard work. As a Vietnam era veteran, he fulfilled his military commitment in 1971 and 1972.

Virginia Beach Personal Injury Lawyer Mr. Halloran has broad work experience in many fields ranging from manufacturing to all phases of construction. This background allows him to better communicate with clients, judges, and juries, and he is better able to understand, argue, and prove the facts of his cases.

Mr. Halloran is qualified to try cases in all courts in the state of Virginia. He regularly handles cases in:

A Commitment to the Virginia Beach Community

Mr. Halloran has been practicing law in Virginia Beach for over 35 years. He feels strongly rooted to the community and is proud to serve individuals in the area he has called home for so many years. In fact, Mr. Halloran’s office is an important historical building, and he was instrumental in saving it from destruction back in 2010.

The office is located in a house in the Kempsville Historic District of Virginia Beach which was the county seat during the Revolutionary War. The brick house dates back to at least 1886 and was originally owned by a Confederate soldier during the Civil War. Mr. Halloran purchased the house in 1991 and spent a great deal of time and money restoring it to its original condition. Inside, it is like a museum.

In 2010, the city of Virginia Beach acquired the land by eminent domain and planned to bulldoze the house in order to widen Princess Anne Road. Mr. Halloran personally incurred all the costs of moving the building across the street in order to save it. He is proud to have been such an instrumental part of saving such an important piece of the community’s history. 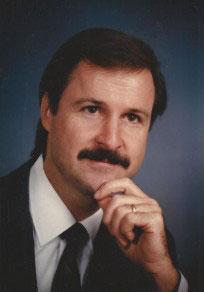 Virginia Beach Personal Injury Lawyer Edward F. Halloran has been fighting for the rights of individuals in Virginia Beach, Norfolk, and Chesapeake, Virginia for more than 35 years. During this time, he has developed a strong track record of success, earning lucrative verdicts and settlements for many of his clients. As a result, Mr. Halloran has become one of the most highly respected attorneys in the area. Edward F. Halloran, Esq.

Please contact The Law of Offices Edward F. Halloran for your initial consultation. Experienced representation is just a phone call away.

We're On Your Side

While our team has a proven track record of success in negotiations and courtroom proceedings, they’re also lifelong learners who remain abreast of the latest developments in areas related to your case. When you come to The Law of Offices Edward F. Halloran, expect to hit the ground running with somebody who’s already a step ahead of the game.

With The Law of Offices Edward F. Halloran, you’ll work with an experienced legal professional who holds a keen understanding of